10 Movies and Documentaries You Must Watch Before Visiting The Amazon

Few directors have managed to capture the essence of the Amazon jungle on film. You must admit that the largest rainforest on Earth hosts such an abundance of life that it would present a challenge to anyone trying to shrink it to a 2-hour motion picture. Luckily for us, some daring filmmakers have taken the challenge and managed to dissect parts of this giant natural wonderland by focusing either on the nature, the culture, the history and even the spirituality of the area. They have gifted us these 10 exceptional Amazon movies and documentaries, each an opportunity to experience the wild beauty of this fantastic land.

By no means this blog entry claims to be a movie critique or a movie award list for that matter. We would rather leave that to industry professionals. So, if you are after an in-depth analysis of photography, character or script, the following might disappoint but our list will not fail to leave you craving for more as most of these films have been critically acclaimed in one way or another. We have picked these movies according to how helpful they are to understand the Amazon region from a geographical, biological, and human perspective. What makes the Amazon such a special place are the rivers, the forest, the wildlife, its peoples and their culture, and how they all interact as one giant ecosystem. So, below is a list of 10 intriguing films that use the Amazon as a protagonist rather than just a background for a story.

1. Embrace of the Serpent

Embrace of the Serpent tells the most-unusual story of a life-transcending friendship between an Amazonian shaman, called Karamakate, the last survivor of his people, and two scientists that, over the course of 40 years, travel through the Amazon in search of a sacred plant. The epic tale was inspired by the journals of the first European explorers of the Colombian Amazon, Theodor Koch-Grunberg and Richard Evans Schultes. Despite being a black and white movie, Embrace of the Serpent does a lot more than telling a story set in the background of the amazingly rich forest of the Amazon. It manages to capture the great complexity of the indigenous culture and their relationship with European settlers without ever falling for Manichean judgments.

Based on David Grann's nonfiction bestseller, The Lost City of Z tells the incredible story of British explorer Percy Fawcett who journeys into the Amazon at the dawn of the 20th century and discovers evidence of a previously unknown, advanced civilization that may have once inhabited the region. By switching from the conservative society of Great Britain to the lush environment of the Amazon, the movie brings to light some of the most striking aspects of the rainforest while paying tribute to the great tales of explorers that, like Percy Fawcett, have ventured and got lost in that giant natural maze. 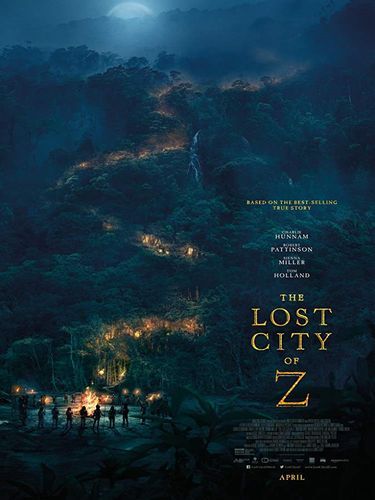 3. Green River, The Time of the Yakurunas

Green River, The Time of the Yakurunas is a sensory journey into the spiritual depths of the Amazon. The film follows the flowing waters of the Amazon river that connect the lives of the people of three isolated villages of the rainforest. While it may start with an anthropological purpose, the movie relies on its beautiful photography and its stunning soundscape to fully immerse the viewers in this Amazonian catchment area. Lulled by the spiritual sounds of Ayahuasca chants the river becomes the main protagonist and acts as a reflection screen for the shadows that move along its seemingly calm waters. 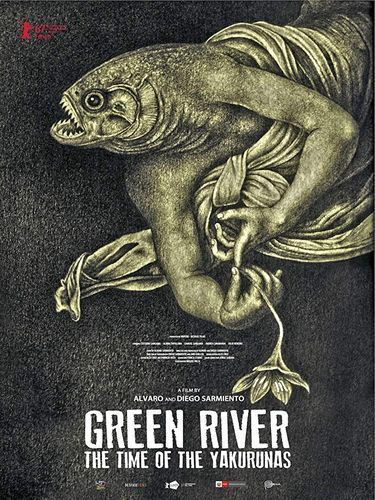 When 2 Worlds Collide is a highly polarizing work that investigates events that took place in the late 2000s in the Amazon region of Peru. The documentary follows Albero Pizango, an indigenous leader, whose organized resistance against aggressive oil and gas exploration of pristine Amazonian land was met by harsh repression from the government of President Alan Garcia, leading up to violent conflicts in the region. The result is a gripping mix of archived footage and interviews that build a strong case against the government’s role while offering a platform for the indigenous people’s voice. It draws a David vs Goliath story that, sadly, has become a norm in the Amazon, where economic interests all too often imply the destruction of habitat and massive losses for humanity and our environment. 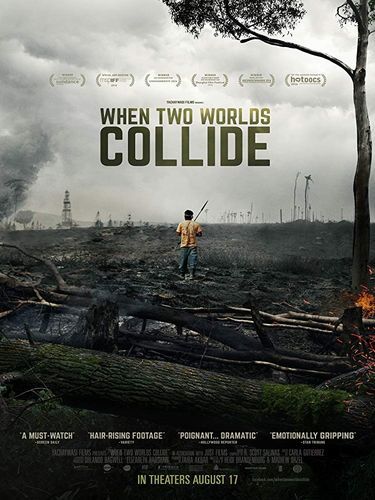 While being a work of fiction, this drama depicts the all-too-real breakdown of a community of Guarani-Kaiowa native Indians of Brazil whilst attempting to reclaim their ancestral land from a local farmer. Birdwatchers was written and shot to expose contemporary social issues that are the direct consequences of the growing exploitation of ancestral land in the Amazon. By working with local Guarani non-professional actors, the Italian director manages to draw a vibrant picture of the terrible side effects of land acquisition on the indigenous population which is a highly topical issue in Brazil. 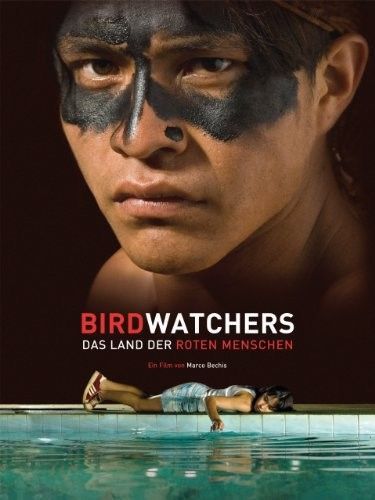 German filmmaker Werner Herzog is known for his eccentricity and when he embarked on a boat on the Amazon river to tell the life of rubber baron Fitzcarraldo, his project turned to a cinematic tour de force that angered many. Fitzcarraldo is about the Amazonian entrepreneur’s obsession with building an opera in the jungle. While the film follows the main character´s every whim, the real protagonist is the river that always seems to be getting the better of the rich man’s crew. With an epic scene of a boat being hauled up a hill using no special effect, the movie is an accurate description of how little one’s big ambitions can be once confronted with such a hostile environment. 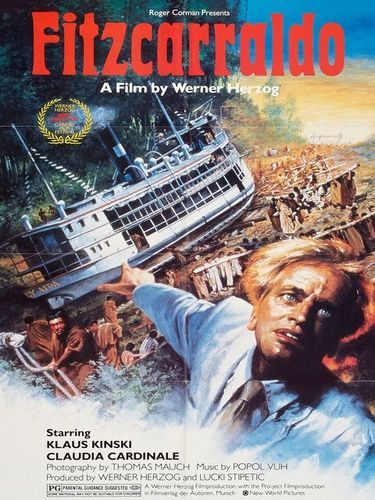 Based on engineer Bill Markham’s real-life events, The Emerald Forest follows the story of Bill’s son who was abducted by an indigenous tribe on the edge of the Brazilian rainforest while his father was working on the construction of a dam. The movie focuses on the next 10 years when Bill searches desperately for his son and, after years of struggle and hardships eventually finds him, but things do not go as planned. The almost impossible father-and-son relationship mirrors the economic tensions, the cultural clashes, and the environmental conflicts at work in the region. With no apparent solution to this equation, the movie covers many complex aspects of the contemporary issues that still affect the Amazon. 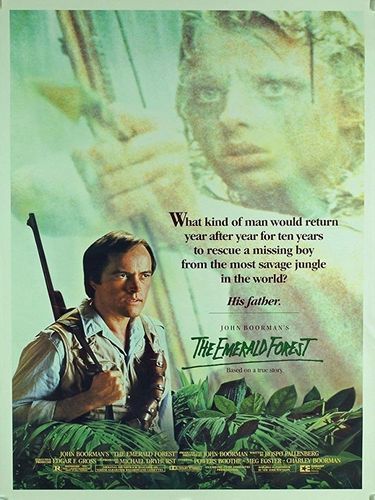 The Sacred Science is a documentary film about 8 people who travel from the Western world to live in the heart of the Peruvian Amazon rainforest for one month in the hope of finding an alternative cure for their physical or psychological illnesses. Using traditional healing practices and plants, local indigenous shamans offer their knowledge and spiritual support to the group while being closely scrutinized by the director´s camera. If you are curious about the world of natural medicines and intrigued to know about the traditional cultural approach to physical ailments, The Sacred Science will give you plenty to think about. 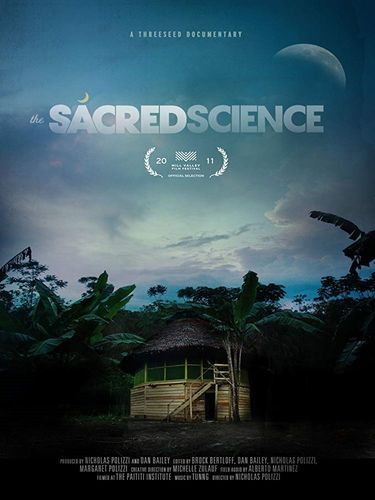 A perfect film for the whole family, Amazonia fills a space half-way in between a work of fiction and a wildlife and nature documentary. While it shows no apparent pretention to educate on scientific subjects, the movie effortlessly succeeds in introducing the notion of ecosystems in an entertaining way and the result is surprising. The story follows Sai, a capuchin monkey born and raised in captivity, that finds himself alone and lost in the wilderness of the Amazon jungle after a plane crash. Following his adventures, the movie features scores of intriguing rainforest residents: jaguars, crocodiles, boas, tapirs, giant otters, and more. The film gets the family-friendly tick and it is a great way for children and adults alike to learn about the wilderness of the Amazon. 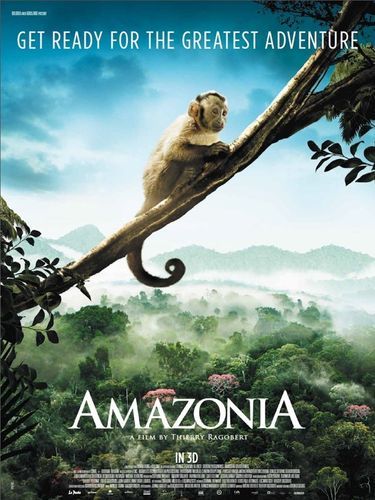 Maybe not something to recommend watching right before going on a cruise on the Amazon, this horror movie follows a documentary film crew and their boat journey to the depths of the Amazon in search of the mysterious Shirishama Indians. What ensues lies in the title. By using all the clichés that can be expected from a story about humans fighting a giant snake, the movie alternates between scary and cheesy while the Peruvian director manages to do justice to the complex environment that is the Amazon basin. Despite overwhelming negative reviews from critics when it came out, the movie was a box-office hit and it is a great illustration of the purpose of this list. 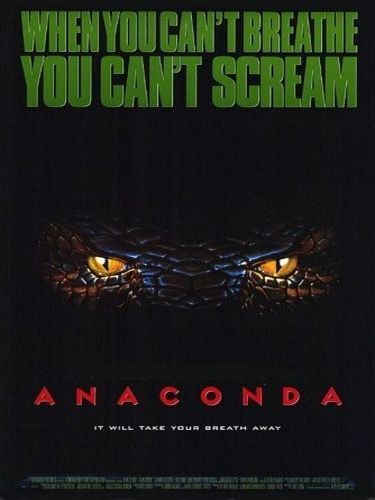 Have you taken your pick from our eclectic list for an evening of tropical adventures? Or are you ready for a real journey into the South American jungle? To satisfy the desires of all the aspiring botanists, zoologists and anthropologists out here that want to explore the meanders of the Amazon, we have put together the best tours that will take you on a life-changing trip. From land-based explorations to luxurious cruises, unleash your inner adventurous spirit and visit us on www.latindiscoveries.com.